The Starladder Hearthstone tournament has started up once again, this time paired with I-League. There are twenty players from NA and EU facing off, the winners of whom will play against the winners of the Chinese groups. The group stages consist of a round robin, after which the top two players in each group of five will move on, the third and fourth will play in the loser’s bracket, and the fifth person will be sent home. The tournament boasts a prize pool of $50,000, and the winner gets to take home $20,000. Group A has now concluded, and these are the results:

Amaz came first with a match score of 3-1 and an overall game score of 11-6. He brought Hunter, Mage, and Warlock. It was a Midrange Hunter, Tempo Mage, and Malygos Warlock. Interestingly, he was the only one in his group to bring Hunter. His Mage deck also hid a surprise as he played Ethereal Conjurers in it. Malygos Warlock is no surprise after Purple, another participant in this tournament, recently won Dreamhack using a Malygos Warlock deck. He notably beat StrifeCro 3-0, and was victorious 3-1 against one of the favorites in the tournament, Thijs. Amaz has been notably absent from several big tournaments recently, sometimes because he was hosting them. It is nice to see him back in the limelight, and clearly his time away hasn’t slowed him down at all. He has proven himself to be a strong contender in this tournament.

ThijsNL came second with a match score of 3-1 as well, and an overall game score of 10-7. He brought a lineup of Druid, Paladin, and Warrior. Thijs is very well known as the best Druid player in the world, and this was a very solid showing of the class he is known for, bringing his standard Midrange Druid. His Paladin was a Secret Paladin, which fared quite well for him. His Warrior is particularly interesting, however, as he remains one of the few players who bring the Grim Patron version of Warrior even after the Warsong Commander nerf. He notably went 3-0 in his series against Hoej, despite Hoej’s strong showing throughout the tournament. Thijs is one of the top players in Hearthstone this year, many have named him the strongest player of 2015. He is definitely one to watch as the tournament progresses.

Hoej came in third place with a match score of 2-2 and an overall game score of 8-8. He brought Druid, Paladin, and Warlock. It was a standard Midrange Druid, another Secret Paladin, and a variant of Zoolock. The Zoolock deck made a good showcase of Dark Peddler, one of the new League of Explorers cards that has proven its worth many times over in recent tournaments, even managing to find a place in such an aggressive style deck. Hoej managed to play the least games of anyone in his group, meaning he both won and lost very quickly. He had several blowouts in both directions, going 0-3 against Thijs and defeating ShtanUdachi 3-0. As the only player from the group bringing a Zoo-style deck, his games will be worth a watch as he goes on to play in the loser’s bracket.

Strifecro did quite poorly in the standings, ending in fourth place with a match score of 1-3, but he is still a very strong player, as evidenced by his seven wins, in his overall score of 7-11. He brought Mage, Paladin, and Warlock. He brought some of the most interesting decks of the group, choosing to bring Demonlock, Midrange Paladin, and, most notably, his own version of Grinder Mage. The announcers referred to it often as no-win-condition Mage, aptly named as the goal of it is simply to slowly wear down its opponent by playing valuable cards. It included both Brann Bronzebear and Reno Jackson from the recent League of Explorers wings, as well as several other newer cards from the set. Unfortunately it did not do very well for him, being the deck he was stuck on several times. Still, the originality was very enjoyable to watch, and it will be nice to see more of him in the loser’s bracket.

Unfortunately for ShtanUdachi, even though he ended with an identical score to StrifeCro, in their series against each other StrifeCro was victorious, meaning that ShtanUdachi takes fifth place, and will not be seen again in this tournament. He brought Druid, Rogue, and Warlock, but simply couldn’t find his stride here. He did notably beat Amaz, who came first in the group, but it was not enough to keep him in the tournament. 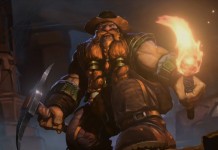