General Stephen Draper -
-6.8k
Path of Exile Shaping Before you start shaping your Path of Exile Atlas, we suggest you read our introduction to the Atlas. Once you have...
Image via Art Station.

Every time an expansion comes out it gets harder and harder to start playing Hearthstone. There are so many cards to choose from, and it can be very expensive to test different combinations.

That’s why we’ve gathered some of the best Hearthstone beginner decks for you to try. The dust costs vary, but all are under 2000 dust, which is very reasonable to collect. This is of course not including the commons that you have already opened, which will reduce the cost.

We want to provide a budget deck for every class, so you have options to choose from. This means we won’t be going too in-depth into each deck, and none of them will be incredibly complex. They are all good, affordable beginner decks to start yourself off on.

Our first deck comes from Sergey_3847. It is an aggressive Druid deck that uses low mana cost minions and buffs. The goal of this deck is to flood the board as much as possible, then follow up with buffs to make your minions more intimidating. Mark of the Lotus and Power of the Wild are both incredible cards for turning big boards into intimidating ones. Since you want to play minions fast, the minions in this deck have a very low cost. So low, in fact, that he chooses to actually run Snowflipper Penguin. It’s a questionable choice, but when paired with all the buffs – especially Mark of Y’Shaarj – the Penguin can really pull its weight. The hardest part of this deck will be learning when to hold back against board clear. Experience is key, but soon enough you’ll know what every deck runs for board clear.

Our Hunter deck comes from professional player and writer at Hearthhead, Stonekeep. It’s a similar style to the Druid deck in that it uses Beasts, but this is a Midrange deck. That means it doesn’t go all-in early on. Instead, it has some tricks up its sleeve for later on in the game. It’s hard to beat Savannah Highmane in terms of raw value. The Beast synergy comes into play with Crackling Razormaw and Houndmaster, who are both excellent when they have a target. Having Beasts in play is something this deck excels at. Scavenging Hyena also provides a lot of potential alongside Savannah Highmane and Unleash the Hounds. With so many tokens it can easily become a 6/4 on the turn you play it, and will only get larger afterwards. You can combine this with Tundra Rhino for some really fun results.

The Mage deck we’ve chosen is from Roffle-. In all fairness, there were several budget decks out there with almost the exact same cards, but Roffle- had a few tweaks we liked. This deck is a Secret Tempo Mage deck. You make use of Secrets in order to reduce the cost of your Kabal Crystal Runner, and make big plays with her. You cheat the Secrets into play with Kabal Lackey, Kirin Tor Mage, and Arcanologist. Then, follow this up with the typical Mage burn spells – Frostbolt, Fireball, and Firelands Portal – for clear, or to finish the game. If you get far enough, Cobalt Scalebane and Bonemare are both very strong cards to push the final mile. Use minions, buffs, and spells to destroy your opponent. 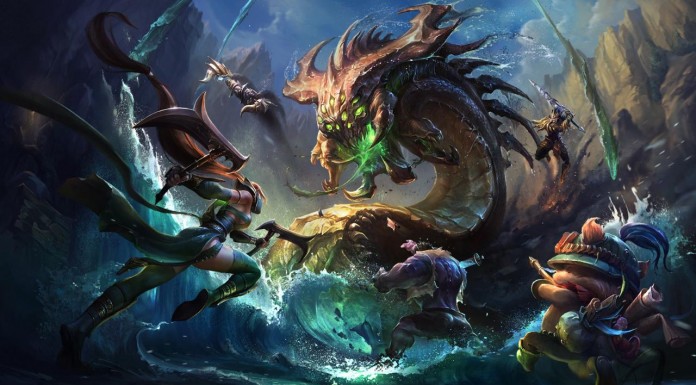 We go back to Sergey_3847 for our Paladin choice. Most of the budget Paladin decks are built around buffing cards. Personally, I’m not a fan of this strategy, and neither is Sergey. Instead, he built a Divine Shield Paladin, using many cards with Divine Shield and buffs. Rallying Blade obviously shines with so many Divine Shields. My favourite part of this deck is the Crystal Lion. Even a simple Lost in the Jungle play reduces it to four mana, making it an extremely strong card. Stand Against Darkness pays for itself if you follow up with Crystal Lion. Playing around with various ways to get and costs of Silver Hand Recruit can really bring this deck to life. As usual, we finish off with Cobalt Scalebane and Bonemare, the staples of low cost minion decks.

This is definitely my favourite on the list. What’s cooler than using Dragons? Not much. But Dragons are prohibitively expensive, you say? Stonekeep has made a nice budget Dragon Priest deck that makes use of the Inner Fire combo as well. The Inner Fire combo is done by using Divine Spirit, Power Word: Shield, and Kabal Talonpriest to up a minion’s health, then changing its attack to equal its health with Inner Fire. With a six health minion, you can easily get a combo of over 24 damage, with two Divine Spirits. Obviously this won’t happen too often, but when it does, it feels amazing. The rest of the deck is filled with Dragons, as well as some awesome Dragon synergy between Drakonid Operative and Duskbreaker.

This deck comes from HearthstoneTopDecks. It is an Aggro/Tempo Rogue deck. By this point you’ve likely got a handle on these fast paced decks. As usual we have many low cost minions, and our finishers are Cobalt Scalebane and Bonemare. The difference in this deck is the addition of Poisonous from Plague Scientist, and the card draw from Elven Minstrel. The Combo mechanic works extremely well with such a low cost deck, and allows you to run stronger cards far more reliably. Almost every Rogue card in this deck uses Combo, and they all are expected to go off reliably with how many low cost neutral cards we have. You should use the buffers and combos to break through your opponent’s defenses as fast as possible!

We wenr back to Roffle- for our Shaman deck. This is an Evolve Shaman. The key spell in this deck is Evolve, but don’t just throw it around willy-nilly. If possible, save your Evolves for big Dopplegangster plays. For six mana you can get three six mana cards. This is obviously very powerful, and will likely stop your opponent in their tracks. Your other big win condition is Bloodlust. You don’t have to Evolve your big boards, you just have to keep threatening lethal with Bloodlust. If your opponent knows what deck you’re playing, they will spend more resources than they have keeping your board small, and if they don’t, you can just hit them in the face for a few dozen damage.

Stonekeep brings us full circle with the Warlock deck. We’re back to an aggressive deck with Cobalt Scalebane and Bonemare. What can we say? It works! This Zoolock deck uses Demons to fill out the rest of the deck. Demons are very strong right now, and big Crystalweaver plays only make them stronger. Doomguard is well known for his strength, especially when you can empty your hand first. This makes him incredibly strong in these low cost decks. Despicable Dreadlord provides a great way to clear your opponent’s board without spending resources on it. Kobold Librarian is also an insane one drop in the game. A one mana 2/1 that comes with a free life tap? Yes please!

Our last deck is from HearthstoneTopDecks. This is another aggressive deck, since most budget decks are. However, this deck doesn’t use either Cobalt Scalebane or Bonemare. Instead, it relies on the strength of Pirates and their weapons to use brute force against their opponents. Pirate Warrior is well known for its strength. It may have fallen out of favour a recently, but that doesn’t mean it isn’t strong. Cards like N’Zoth’s First Mate, Bloodsail Cultist, and Naga Corsiar are incredible cards to provide offense through both bodies and weapon buffs. Upgrade! just tacks on more strength to your weapons, allowing you to create insanely powerful blades. Arcanite Reaper is normally a five mana ten damage card (over two turns), but with a few buffs it can easily turn into more than 20 damage, putting your opponent on the ropes alone. Follow it up with some Pirates and they’ll be finished. 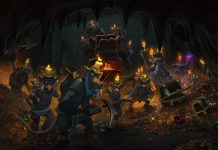