For most players, dust is a large contributing factor in what decks they can play. Most active players are able to earn 60 gold per day, as well as a pack weekly from Tavern Brawl. This means they earn just over 70 gold per day, on average. Gold and dust work out to be almost a one-to-one ratio, over the long term. One legendary card costs 1600 dust. This means it takes just over twenty days to craft a single legendary! For some players there are ways to earn more gold – play lots of games or do well in arena. However, for the vast majority, this means their collection will be growing incredibly slow.

For these players, dust is a major limiter. However, everyone wants to be competitive! We’ve gone through and pulled out the cheapest competitive decks to play. The lists are taken from TempoStorm’s Meta Snapshot, but we will recommend some replacements as well.

Disclaimer: Most of these decks will contain cards from adventures. They are not included in the dust cost, and will cost you quite a bit of gold. I highly recommend getting all adventures whenever you can. However, if you can’t or don’t want to, then remove the cards from adventures from the decks. Note that if you do plan on putting real money in, buying adventures is your best cost efficiency.

Whenever anyone thinks of cheap decks, Zoolock always comes to mind. Some variants of it are able to get the dust cost to under 1000 dust! This variant is sitting at a nice solid 2100 dust – a very manageable amount. There are others cheaper on this list, but not by much.

Zoolock is designed as a flood deck. You fill the board with minions and make beneficial trades. Keeping control of the board is a priority, and is achieved using many buffing cards. Card advantage is also maintained through liberal use of Life Tap. It also has a surprising amount of burst damage, making use of charge minions and buffs. The Crazed Alchemist is in this list to deal with Doomsayers, since Ironbeak Owl is no longer cost efficient.

This list is very solid, and doesn’t contain any legendaries. There isn’t a lot that you’d want to change about it. However, if you managed to pull a Gormock the Impaler, he does fit very well in this list. Another potential finisher is Leeroy Jenkins in place of one of the Doomguards. If you’re really tight for dust, you can replace a Defender of Argus with a second Dark Iron Dwarf. 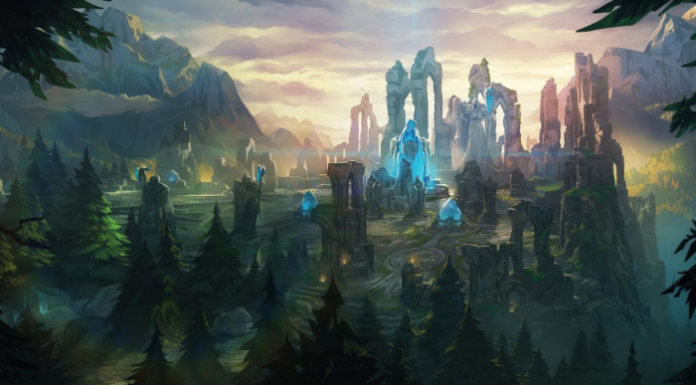 Skating just under the cost of Zoolock, Aggro Shaman manages to hit the 2000 mark dead on. This deck also has the benefit of being one of the strongest decks in the meta at the moment. Also, the cards from adventures are both from the same wing. It’s also the starting wing, meaning that both of them only cost 700 gold together. Cheap and efficient!

Aggro Shaman is an incredibly strong deck at the moment. It makes use of high stat minions for low cost to simply steamroll opponents. The tempo and strength gained from Flamewreathed Faceless or a low mana Thing from Below is off the charts. Tunnel Trogg alone can be a massive threat as well, pushing potentially endless damage by being buffed. There isn’t any major downside to this deck, it’s simply strong and cost efficient.

If you’re looking to replace anything, one copy of Doomhammer is probably the first to go. Some lists have been running only one copy already. If you were to go this route, a second Flame Juggler is the obvious replacement. The rest of the list is very cost efficient already, I wouldn’t suggest tampering with it much. There aren’t any legendaries that fit in this deck well at all.

This is the cheapest competitive deck on the market. Once again rocking no legendaries, this deck comes in at a mere 1820 dust! This deck makes use of the power of commons to take board control and beat down their opponent. There’s only one epic and three rares in the whole deck!

Midrange Hunter is nothing new. It is largely based around the power of Animal Companion and Savannah Highmane. Its finishers used to consist of Kill Command and Quick Shot. Now, a new finisher has been added: Call of the Wild. It may be eight mana, but it fills your board and buffs everything, as well as dealing five direct damage. It single handedly brought Midrange Hunter back to its former glory.

All this being said, Call of the Wild is an epic. If you want to replace one copy, I would probably put in a second Eaglehorn Bow, or a Freezing Trap. I advise against replacing both copies, as Call of the Wild is a win condition for this deck. If you don’t want to unlock adventures, Huge Toad is also easily replaced by King’s Elekk. This is another deck that doesn’t benefit from legendaries too much. However, if you have a copy of Princess Huhuran, she could fit in the deck fairly well.

Dust can be very difficult to get in Hearthstone. However, that doesn’t mean you have to stop being competitive. The three decks listed here are each barely over the dust cost of a single legendary. It may take you a while to save up, but all of these can be made within a month. Keep in mind every time you open a card that’s in the deck, the cost goes down significantly. Make sure you open packs that give you the best chance of getting what you need! 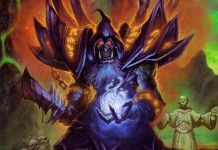 Yogg-Saron: Why We Hate Him