Hearthstone Eugene Torubalko -
-20
Defeat Your Opponents with our Zephrys Priest Guide! There are only a few popular Priest decks in the current...

Dota 2 Eugene Torubalko -
-23
Dota 2 Beginner Heroes - Learn to Be the Best In case you are just starting your journey...
Photo via flickr.com/lolesports.

I know gamers say a lot of things. Phrases can become memes pretty quickly, but as our team has mentioned before, there’s friendly banter – and then there’s crossing the line. I’m not going to talk about the topic as a whole. I’m just going to point out the problem with the one abbreviation: “KYS”, or spelled out, kill yourself.

I have never struggled with the issue of suicide, and would hardly consider myself a victim of bullying, ever. But I’ve met countless people who have dealt with these issues. The last thing they need is additional encouragement. I’m not sure who thought it was a good idea to introduce this terminology into the world of competitive gaming, or anything that could share such implications.

Sure, we can understand the phrase in its “normalized” esports context, where it has simply become just a commonplace insult. It’s basically a “you suck!”, right? But the thing is, words have some pretty deep underpinning meaning. One thing that people often forget is that how a message is perceived is impacted by where a person comes from. If you tell someone who’s already experiencing thoughts of suicide to “kill themselves,” it could be the figurative straw that breaks the camel’s back.

Is that the tipping point you want to be?

Would you say that to a stranger at a pickup basketball game?

Video games have a storied history of completely inappropriate word adoption. Melee, for example, overused the word ‘rape‘ for a long time. This problem was made worse by montage videos adopting the name. Thanks, Mango and friends from Norwalk. How do you think this makes women feel who are trying to enter the community? How about men who’ve been victims of sexual abuse?

Back to League, this ‘kill yourself’ shit is out of control, honestly. A lot of people deal with suicide on a daily basis. The phrase is totally uncalled for. It’s not a matter of political correctness or walking on eggshells. This is about being a decent human being that doesn’t encourage self-destructive behavior.

Of course, it doesn’t help when some of the most popular streamers like IWillDominate can include the phrase dozens of times over the course of a single game. However, there is a legitimate counter-movement to this kind of implicit and accidental bullying.

One of the many reasons that Imaqtpie is the streamer of the year is his increased social sensitivity. He draws a fine balance between joking and inclusion – between meme-ing and education. It’s ironic that some of his closest colleagues have yet to make that jump forward. However, all of the streamers working with Chris Chan definitely do a fine job of walking this tightrope.

I implore you as individuals to be more sensitive about this stuff. Be a reasonable person, even when you’re online, rather than being so crude while hiding behind the veil of anonymity.

If you’re an esports organization, hold your players to a higher standard. Raise consummate professionals, instead of babysitting overpaid children.

Just don’t be a dick.

If you’re experiencing thoughts of suicide or are in crisis, Esports Edition would like to direct you to the National Suicide Prevention Lifeline. 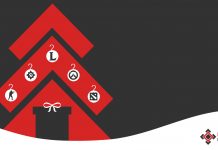