General Stephen Draper -
-6.8k
Path of Exile Shaping Before you start shaping your Path of Exile Atlas, we suggest you read our introduction to the Atlas. Once you have...
Image via Grinding Gear Games.

Path of Exile is far more than just another Diablo clone, but the game is, ultimately, all about looting. The game gives you nearly infinite customization options and a million possible builds to experiment with, but at the end of the day you’re going for loot every time. That’s why we’re here to talk to you about Path of Exile loot.

If you’re not interested in looting, you won’t like Path of Exile. If you’re the kind of gamer who had to buy a second house in Skyrim to store your heaps of priceless stolen junk, then you might love Path of Exile more than any game you’ve ever played. What makes Path of Exile different is the introduction of ‘currency loot,’ a feature completely unique to the game. Some players are turned off by the system, but we’ve fallen in love with Path of Exile’s innovative re-imagining of the ARPG economy.

There is no base currency in Path of Exile. No gold, dollars, or money. You don’t kill a mob and see ‘361 gold’ drop. Instead, the currency is the drops thesmelves, which have other functions in addition to their purpose as economic bargaining chips. The lowest level of currency is the Scroll of Wisdom. You can find hundreds of these lying around very easily. The purpose it serves is to identify the rare gear you find on your journeys. Any item above the base rarity will drop as Unidentified, and you must use a Scroll of Wisdom to reveal the properties that it holds. The Scrolls of Wisdom are incredibly common, and in any late game map, you can expect to easily find at least twenty. They are worth so little that no one bothers trading them, and, after a point, most people don’t even bother picking them up.

Jumping up a few tiers in rarity, we get to the Orb of Transmutation. Once again, this is another drop that you can find anywhere in the game. When you find an item that has no stats on it, you can use an Orb of Transmutation on it. This bumps it from Normal up to Magic, and adds a property to it. This is extremely helpful if you find the item you need, but it doesn’t have any stats on it. You just throw an Orb of Transmutation on it, and now it has stats! As you get further through the game you can find Regal Orbs, which take that Magical item you made and bump it up even higher to become Rare. This adds yet another stat to the item.

As you can see, all of the currency items are not truly currency. Drops in Path of Exile are items that have and serve purposes within the game, typically modifying items. The players themselves have assigned value to these items, and use them to buy and trade other gear. The Chaos Orb is the widely agreed upon ‘standard currency,’ due to their relatively stable rarity value. You can collect Chaos Orbs, but it takes a while to gather a sizable stockpile, making them the perfect currency item. 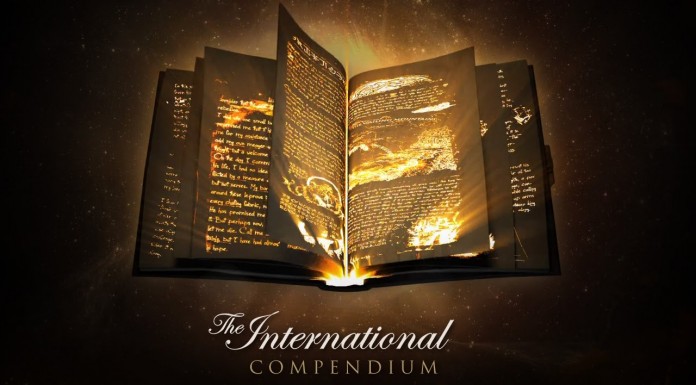 I mentioned different item rarities, including the fact that gear can come in Normal, Magic, or Rare forms. However, there’s one more rarity tier above ‘Rare’. Unique items are strewn throughout the game. While Magic and Rare are simply modifiers of a normal item, Unique are separate items entirely. They cannot be modified, and they have set stats. While their actual value fluctuates, they will always have the same abilities. For example, an Astramentis can have anywhere between a 90 and 116 boost to each of your stats, but it will will always have this effect. The only variable is the range of the boost.

These inherent properties make some Unique items incredibly powerful, and, of course, incredibly expensive. How do you get your hands on Unique items? This is where Path of Exile gives players a great opportunity. Most loot-based games feature specific bosses that drop specific items. Path of Exile does do that with some of the end game bosses, but for the most part, items can simply be found anywhere in the world–the more rare the item, the less likely you are to randomly encounter it. With a few exceptions, if I want a specific Unique item, my best bet is to simply buy it from another player. Most Unique items in Path of Exile don’t have a proper way to farm them, which means you’re left with no choice but to purchase them. With several hundred Uniques in the game, the odds of finding the exact one you want are relatively low.

The exception here is Divination Cards. Divination Cards are another drop that, after stacking up a pile (which varies in number depending on the card), you can turn them in for a specific reward. These divination cards are zone specific, and sometimes boss specific. In other words, you can farm them if you want to get a certain item. There’s quite a bit of randomness built into the cards though. They do give a specific reward, but that doesn’t necessarily mean you’re guaranteed to get a specific item. For example, I can turn in a set of Jack in the Box, and it gives me one random Unique item. That’s the most broad example, but many of the rewards ‘give a Unique Axe,’ or something similar. Divination Cards give you a much higher change chance of getting the item you want, but you’ll still have to get lucky.

Is Looting in Path of Exile Fun?

I know I’ve thrown a lot of information out there, and it’s true that Path of Exile is very complex. But I have to say, the game’s loot system can be quite enjoyable. The possibility of getting an incredible drop is always there. In other games, you’re probably going to get a certain amount of currency per map clear. In Path of Exile, you can estimate your haul, but you can never be certain, and there’s always the chance that you’re about to find an incredibly valuable Unique item.

But every once in a while I find an Exalted Orb. Exalted Orbs are one of the rarest items in the game, worth around 100 Chaos Orbs right now. Remember, the drops are all luck-based, and getting an Exalted Orb is rare enough that it’s easy to find reports of players logging over 300 hours of gameplay without finding a single one. At the same time, it doesn’t feel unfair or frustrating. Every player has the same likelihood of finding an Exalted Orb, and for all you know, there might be one waiting for you in the next map. Every fight could be one that drops the loot you’ve been looking for you.

Unique items work in a similar fashion. In Path of Exile, you don’t farm looking for Uniques or Exalted Orbs. You farm a map that has consistent returns of either money or experience. When one of these really good items drop, it’s a pleasant surprise. You weren’t expecting or banking on it, and you’ve suddenly got quite a bit richer. This ‘treasure hunting’ mentality is what keeps me coming back to Path of Exile. I’m always hoping I’ll find the next Exalted Orb or snag a Unique drop.

Path of Exile’s loot system is overwhelming, especially for new players, but once you’ve got your feet wet, it’s hard not to feel a small rush every time a good item drops.