General Stephen Draper -
-6.8k
Path of Exile Shaping Before you start shaping your Path of Exile Atlas, we suggest you read our introduction to the Atlas. Once you have...
Featured image via Dota2HQ.

Valve’s been fairly good about waiting for tournaments to end before dropping new patches, with some exceptions. Every patch brings a change to the overall meta and it usually takes a while for things to “settle down” after an update gets released. Tournaments and matches held at the beginning of a new patch, including the recent DOTA Summit 7, are often some of the most exciting ones, as teams often try out some experimental combinations or run into bugs that made it past the test client.

Plenty of Dota pros, including Loda, have lots of experience accidentally finding bugs.

Once these bugs are found and (hopefully) fixed, the meta for that particular patch begins to stabilize in both the pro and pub scenes. While the initial experimentation phase will usually see odd choices, once a meta has been established in Dota, it won’t change a great deal until the next patch. Occasionally, a team will come up with a new strategy near the end of a patch and others will copy it. For the most part though, meta stabilization occurs over the course of a few weeks and you shouldn’t expect major disruptions until IceFrog tinkers with the game again.

When to innovate, and when to stick to the meta?

The period right before invites to the The International are handed out usually isn’t the time to try anything too crazy. During April, May, and June, teams are scrambling to prove they’re relevant and obtain either a direct invite or a qualifier invite. Hedging your bets on a funky pocket strat is risky when getting knocked out of a tournament may decide whether or not you’re going to be on stage in Key Arena once August rolls around. Teams often play it safe, trying to get results with comfortable strategies, and postpone coming up with new approaches to the game until it’s time to boot camp for The International.

At DOTA Summit 7, Virtus Pro showed us that you can cheese around and still get results.

Check out the DOTABUFF Visualization of VP’s picks at the Summit 7.

This was something that we loved about now-defunct Wings Gaming, so it’s refreshing to see VP carry on the tradition. [insert “bold strategy, Cotton” joke here]

Virtus Pro played over 80 different heroes in 19 games at the main event. For comparison, the other finalists, Team Secret, played less than 40 unique heroes across 12 games.

These are the Game 5 highlights, but if you go through the entire grand final series at the Summit 7, VP’s drafts are different in every single game.

This is what’s beautiful about Dota: every hero is viable in the right context. Crystal Maiden players might complain about nerfs to their precious ice lady, but she’s still a viable pick, albeit maybe more situational than before. Sure, in a given patch there might be some top choices for support heroes, but if they’re getting banned or the other team has drafted around them, why not fall back on a hero that’s been flying under the radar?

Unlike other game devs, Valve doesn’t frown on people for stepping outside the meta. Smaller tournaments like The Summit keep Dota interesting, and Virtus Pro just reminded us that rigid meta conformity isn’t the only way to win tournaments. The gamble paid off: Virtus Pro have received a direct invite to TI7. 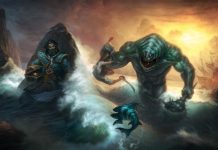 How to Beat Act I of Dota 2's Siltbreaker Campaign