The Battle Royale genre isn’t new. The clearest inspiration is arguably the 2000 film “Battle Royale” about students trapped on an island who must fight to the death. But even then, the concept wasn’t exactly new. Games are no exception. We’ve had our fair share of Battle Royale style games. Fifty people in an arena, last one alive wins. It’s something we’ve heard, and probably even played, many times before. So why is PLAYERUNKNOWN’s Battlegrounds (PUBG) getting so much hype? And does it have what it takes to become a staple of the esports scene?

People often compare PUBG to DayZ and H1Z1. (In this section, I’m talking about H1Z1: Just Survive, which is notably different from H1Z1: King of the Kill.) They have many similar elements, but their execution of the Battle Royale genre is wildly different. DayZ and H1Z1 are both survival games where you start with nothing, same as PUBG. However, the two of them are not technically in the Battle Royale genre. That is, there are no winners. Players play on a server, not in matches. They play until they die, or log out. Then when they come back they either continue or start a new character. Both games are more roguelike sandbox games than actual Battle Royale games.

However, they do share plenty of mechanics. You start all three games with nothing, build up a supply of weapons, gear, and medicine, and fight. The big difference is that in DayZ and H1Z1 – particularly DayZ – you’re more likely to be fighting the computer than other players. In both games there are zombies and wildlife that tries to kill you. Sure, there are other players as well, but the goal of the game is to survive, not kill people. In fact, both games are geared around the idea that every player you run across could be a potential friend. Everyone you meet you can chat with and decide whether or not to kill them – just as they can do the same. Player interaction is dominated by a sense of unease.

PUBG, on the other hand, has none of these elements. It’s pure PvP. There are no wildlife or zombies to deal with. If you die, it’s because of another player, the arena, or yourself. This makes the gameplay much faster and more engaging. There’s a clear goal, and you know what you have to do at every point.

The Culling, released in March of 2016, is basically PUBG 0.5. It has most of the same systems, it’s just incredibly unpolished. The big issue is that most of the combat is exclusively melee, which means that if you end up fighting someone else, you’ll end up doing a complex dance of parrying, blocking, and attacking. It sounds cool, but unfortunately, the combat in The Culling boils down to a glamorized version of rock-paper-scissors. Skill often takes a second seat to luck.

In addition, The Culling was sorely lacking polish. It doesn’t look as good as PUBG, it was glitchy and laggy, and dev team support was notably absent. I played The Culling for a few months, and in that time there were maybe two updates to the game. Keep in mind that this was just after launch, and the game was full of bugs. Not exactly a great sign for longevity. Once again, PUBG lands in the same genre, but doesn’t make the same mistakes. The combat is mostly ranged (with melee options available), the game looks nice, and there are updates every few weeks, typically. PUBG took what these other games had, improved it, and sold it back to us. Turns out this is exactly what players wanted: a refinement of great ideas.

The last big area where the various Battle Royale games differ is crafting. DayZ, H1Z1, and The Culling all have in depth crafting systems. You are forced to learn many recipes if you want to be efficient, and your ability to quickly gather resources and craft a weapon decides your fate. Crafting is a good idea in theory, and in games like H1Z1 and DayZ where your character lives indefinitely, crafting is a nice added element to gameplay. In The Culling, however, crafting is just tedious. Each round is 5-20 minutes, and at the start of every single one you have to find a tree, cut it down, and make supplies. After you make supplies, you use them to get more supplies, and once that’s done, you finally get around to making something worthwhile. And once you’ve made it this far, you’re still forced to run around looking for better supplies, because all the crafted stuff is pretty crap.

I’m not trying to say that crafting is bad, because it’s not. It just doesn’t have a place in games where you respawn 3-10 times an hour. Instead of being a sign of progression, it just feels tedious. When crafting is absolutely necessary like it is in The Culling, you could cut the first two minutes out of every match and, honestly, nothing would change. It’s not fun in any way shape or form.

There is no form of crafting in PUBG. Period. If you pick up 100 bandages, they do not become a first aid kit. You can’t combine bandages and a grenade to make a sticky bomb. What you pick up is what you have, and that’s it. While this system may be boring in games like DayZ or H1Z1, it’s perfect for the fast-paced nature of PUBG. You want to land at a busy place and fight within 30 seconds of jumping out of the plane? Deal. You want to take it slow and find the best gear? That’s cool. You don’t have to forage for miscellaneous parts at the start of every match, and the games are faster and more enjoyable because of it. Once again, PUBG takes the systems already in place and polishes – or, in this case, removes – them.

H1Z1: King of the Kill is a separate title from H1Z1: Just Survive, and doesn’t have the same survival features as DayZ. There’s no beating around the bush here: King of the Kill is pretty much identical to PUBG. Land naked, find guns, kill the other players, win. H1Z1: King of the Kill had some initial momentum, but hasn’t quite lived up to player expectations. Why was PUBG so successful? Well, there are a variety of factors. PUBG looks better. It’s a much better spectator sport because of this, and the game . H1Z1 has acceptable graphics, but it’s nothing to write home about. The style is somewhat bland, and the game world feels almost overwhelmingly empty.

The game mechanics, however, are the biggest difference. Right off the bat, H1Z1 makes the mistake of giving you a random map spawn. In other words, you can get screwed by RNG before the game event starts. PUBG, on the other hand, starts everyone in the same plane and you choose where to land, which is an efficient way to take RNG out of the equation. This is huge for replayability. Sure, PUBG is going to have a ton of games RNG played a role in your death. But it’s never as obvious as it is in H1Z1. 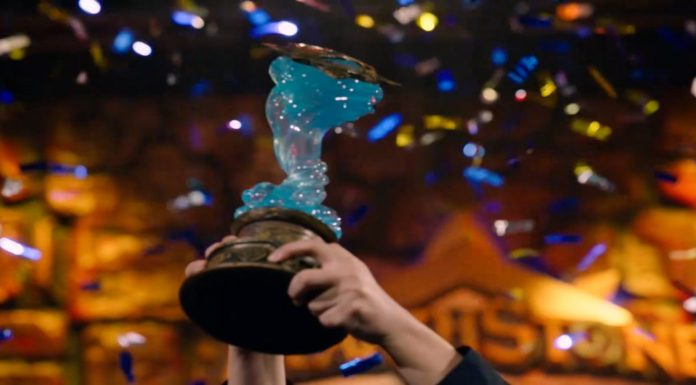 Speaking of slow games, PUBG is a more tactical affair than H1Z1, and navigating the game world feels more realistic. In H1Z1, you can hop out of moving cars no problem. You can shoot while strafing without your aim getting worse. You can even jump shoot accurately. The different firing modes don’t really affect your accuracy much. Thankfully, PUBG is a different affair. You take damage jumping out of a moving car. Moving while shooting makes your aim worse. There are three fire modes, and all have different styles and accuracy at different ranges.

Lastly, there’s the sense of progression that PUBG gives. In H1Z1: King of the Kill, you find a gun, you find armor, and you’re good to go. There’s not the sense of constantly upgrading that PUBG has. In PUBG, you can add attachments to your guns, as well as upgrade your backpack and armor. You can also customize your scopes as you go, or on the fly. In PUBG, you feel like you’re constantly improving as the match goes on, and that living longer and fighting more truly does give advantages. Both of these factors play an important role in creating a narrative for viewers–and players.

PUBG as an Esport?

Does PUBG have things that other Battle Royale games have lacked? Definitely. PUBG is polish all the way down, especially compared to its predecessors. The mechanics are better, the graphics are more visually engaging, and the gameplay is relentlessly fun. It’s what we’ve always wanted from a Battle Royale game. And the proof is in the pudding. PUBG has been in the top five games watched on Twitch since its release in March of 2017. We’ve already seen several tournaments, all of which had massive audiences. It’s clear that PUBG wants to make the transition from competitive title to fullblown esport. What’s holding it back?

Well, there are a few issues with PUBG as an esport. The biggest problem is the sheer scale of the Battle Royale genre. PUBG has 100 players in each match. It’s what makes the game awesome – every game is different, and winning is a massive accomplishment. It also makes “good” plays incredibly hard to pinpoint as a spectator unless there’s a god-tier observer working the camera.

PUBG is also facing an issue similar to one that’s plagued Hearthstone for a while. People mostly seem to care about streamers, not about the top players. There’s often a bit of overlap between those two groups, but when a non-streamer goes on stage, viewers tend to care a bit less. A large part of esports is creating a story for the participants. You need something that the viewer can root for. PUBG has an extremely hard time creating those stories for all 100 participants. Even in a team scenario, twenty-five teams is far more than anyone can care about in a single game.

If PUBG manages to establish a professional scene, these issues of identity will only get worse. Because of the variance in every game of PUBG, it is unlikely that the same players will end up winning over and over. Even if there are clearly superior players, luck is still a major factor in PUBG. Keeping those players around and in the viewer’s eye will be exceptionally difficult, especially when half the players die in the first three minutes.

All that said, PUBG does have a lot of potential as a format. With the right infrastructure and support, it could definitely survive as an esport. Much like CS:GO, the game is accessible for new viewers–the mechanics, win condition, and gameplay “flow” are easy to understand. PUBG might need to use some of the money they’ve earned from microtransaction to cover professional salaries or support an official league. In fact, that’s probably what we’ll see next. It’s clear that PUBG has the potential to be the world’s first Battle Royale esport.