League of Legends Warren Francisco -
-38
The Volibear Rework Allows him to Storm onto the Rift with a Whole New Kit With Riot Games’ recent...

This is part three of a series of articles on the tremendous expectations placed on relatively young professional eSports players. Before they have the chance to fully develop as people and gain the skills that most of us take years to acquire, they are thrust into the public eye and a world of multi-million dollar earnings, contracts, and responsibilities.

If you’re familiar with Dota, think about the player, Universe, for a second. What words come to mind? Probably “EG,” “Offlane,” and “Disney.” Disney? That’s odd, but at least some of you probably thought it. It’s because Universe has mastered self-branding. He’s taken an interest or a quirk of his and perpetuated it through his public persona to the point where it’s associated with him.

Personal branding usually takes a while to develop. Think back to the first résumé you ever wrote. Did you effectively convey your skills and also create a sense of cohesiveness? In order to stand out in a sea of others with the same qualifications, you need some kind of “hook” or some “keyword” that sets you apart. In academia, it’s recommended to have a short “elevator speech” ready – if you run into a bigwig in an elevator, give them a 30 second rundown on your research and why it’s noteworthy.

In the growing world of eSports, soon it won’t be enough to have just game knowledge and mechanical skill. Players will need to increase their marketability in order to attract bigger sponsors and organizations. New players entering the eSports scene will have to craft a public image quickly if they want to be noticed and remembered.

In an article about casters, I mentioned that certain casters have integrated memeing into their casting persona, which usually pays off in the long run as it generates buzz and a “keyword” that’s associated with them. Unsurprisingly, a lot of pro players do the same. By embracing “Twitch Chat” culture, pro streamers are ingratiating themselves to the faceless mass and adding a facet to their persona. This cultivated identity helps brand their streams as well and create a feeling of consistency. For example, someone who tunes into SingSing’s stream will probably have an idea of what to expect out of it. Since he is consistently “in character” on stream, people who like it will keep tuning in. While EternalEnvy’s detractors love calling him a weeaboo, it can’t be denied that he’s worked his love for anime into part of his eSports persona pretty effectively. He’s made himself not only stand out amongst the other top tier players but also made himself repeatable to fans with similar interests. This all leads to recognition, streaming contracts, donations, and monetization.

In some cases, a negative trait can actually be an excellent marketing strategy. People tune(d)* into Arteezy’s stream because they wanted to see some BabyRage. Fans adore PPD for making salty remarks on social media and generally acting non-PC, although it seems like he’s made an effort to tone that down a bit in recent months. While it certainly attracts a fair share of complaints, it keeps people talking about it and rallies fans to their defense. “All press is good press,” but there is a super fine line between edgy and obnoxious. It takes a lot of skill and maturity to walk that line, and it might be why we see comparatively younger pros like SumaiL or Ritsu on the wrong side of it.

Brand building and advertisement is the minutia of effective marketing, except in this case the players are marketing themselves. Sponsors are attracted to charismatic, marketable, and most importantly memorable players. The ability to “sell” oneself in the job world is a skill most people acquire either in college or at their first job, and it often takes several tries to get there. Speaking from personal experience, I’m still learning how to better market my skills to potential employers. A young pro stepping out into the world of eSports is at a huge disadvantage without life experience to draw upon. They would do well to emulate some of the veterans and start branding themselves immediately if they want to get a foothold in the scene.

*There’s actually a pretty good discussion on this thread about how people tuned into his stream specifically for his persona, which illustrates my point.

Previous articleSubstitute Players in ARTS MOBAs – What’s the Best Strategy?
Next articleDota 2: How the Win the Early Game 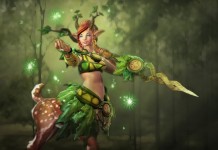