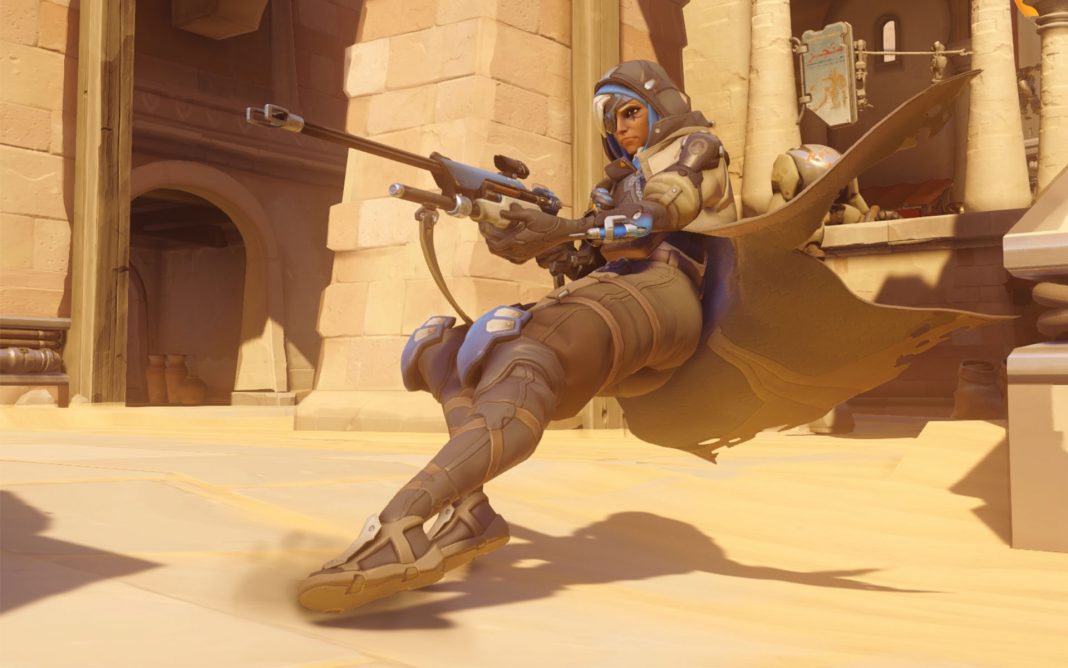 Geoff Goodman, Principal Designer on Blizzard’s Overwatch team, announced Monday night that they’ll be experimenting with some major hero changes on the PTR. Let’s take a look at what they have in store.

As we iterate on the PTR patch, we are going to be trying out the following hero changes. These should be up on the PTR very soon, hopefully tomorrow morning. As always these updates are subject to change.

Damage decreased from 80 to 60

Impact damage reduced from 60 to 30

Impact healing reduced from 100 to 50

No longer hurts himself from his own explosions. (Effect added to current passive: Total Mayhem)

Sound effects and VO distance for entering and exiting Stealth reduced to 15 meters.

Cooldown reduced from 6s to 4s

Cooldown now starts when the barrier is placed, instead of when it ends

Can now target enemies through barriers

Undoubtedly, Ana has taken the biggest hit out of any hero. The Overwatch team have been looking for ways to break the sniping grandmother’s iron grip on the meta for a while now, as she’s one of the most picked heroes in the game. She took a hit back in January with a nerf to her biotic grenade, but it wasn’t enough to bring her down. This time, the nerfs might finally break her–Ana’s biotic grenade has taken another hit, reducing both impact healing and damage by 50%. The impact healing from her grenade was Ana’s primary method for keeping herself alive during combat situations without other healers or nearby health packs. The primary fire on Ana’s rifle now deals 25% less damage to enemies. For context, it now takes four shots from Ana’s biotic rifle to kill a 200 HP hero instead of three.

Ana has been severely crippled in an offensive capacity. She’s still an effective healer, but she won’t be able to bail her team out with burst healing with her grenade. Will this be the end of Ana? Probably not, since her Nanoboost is still vital to many team compositions. I’m sure Grandma can walk it off and still have the gusto to knit you another ugly sweater by the time Christmas comes around.

Seldom picked in the professional scene, Junkrat could certainly stand to take a buff. With the current PTR patch, Blizzard has buffed his passive ability Total Mayhem to make him immune to damage from his own explosives. Think this is a small change? Think again. Junkrat can now use his explosives to perform evasive maneuvers that would have killed him previously, and he can deploy his ultimate on heroes at point-blank range without getting so much as a smudge of Marmite on his face.

Will this be enough to bring Junkrat into the competitive circuit? Maybe not, but you can certainly expect some nuttier plays. I’d put money on Blizzard giving us more Junkrat buffs in the near future, and he could easily become a key player in the impending Barrier Meta.

Stampeding into the PTR like an angry rhinoceros, the new hero has been absolutely crushing everything in her path. Orisa’s dominance is to be expected with a new hero–it’s better to start her off overpowered and scale her back than it is to release an underpowered hero and struggle to find a way to make them relevant. Orisa is already feared for her high damage output and seemingly endless reserve of ammunition, so the PTR patch has reduced her clip size from 200 to 150. Blizzard also increased the cost of her ultimate ability by 15%. The newest Overwatch hero isn’t messing around, and Orisa will easily fit into both the professional and casual meta.

Players have been vocal about Sombra’s voice cues when exiting stealth, and for good reason. Imagine that you’ve hacked a health pack, dropped a translocator, and stealthed behind enemy lines. After a few close calls, you’re in the prime position to drop an EMP on the entire enemy team. You exit stealth, and Sombra loudly announces “Hello, enemy team! I am Sombra and I am behind you!”

Your hard work unravels before your eyes, and you’re dead. Super dead. Blizzard has taken this into consideration, and the PTR patch reduces the area where you can hear Sombra’s voice cue to about 15 meters. The cooldown on Sombra’s translocator has also been tweaked, lowered from six seconds to four.

As a squishy tank whose job is to leap behind enemy lines and disrupt opponents on their home turf, Winston has always been more reliant on healers than most. As such, he could definitely use a defensive buff. Now, his Barrier Projector cooldown starts as soon as he places it, rather than as soon as the barrier breaks. You’re going to see a lot more barrier uptime from Winston.

In fact, with Orisa’s powerful barrier ability and Winston’s buff, you’ll be seeing a lot more barriers in general. This means we’ll need more abilities that can break or pierce barriers, right? Junkrat mains, get ready. It’s almost your time to shine.

Aside from recovering from his alternate fire a little bit quicker, Zenyatta can now place Orb of Discord on enemies hiding behind barriers. In other words, you now have at least one weapon against the barrier meta. When the enemy team is turtling behind a Rein shield, cowering in fear inside of a Winston bubble, or you see Orisa tossing out her protective barrier, Zenyatta’s Discord Orb can mark an enemy for the team, setting up pick-offs for flankers or forcing the target to run for safety.

Want to try out the buffed and nerfed versions of these heroes? Boot up Battle.net, download the Overwatch PTR client, and queue for a match. Good luck, and don’t forget to have fun. 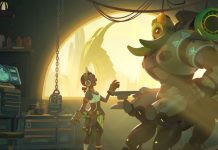