The conductors of the ‘Korean hype train’ have made it to their last stop. As of January 10, 2017, Christopher “MonteCristo” Mykles and Erik “DoA” Lonnquist will no longer be casting League of Legends in Korea.

The most iconic casting duo in the League of Legends community will be replaced by Christopher “PapaSmithy” Smith and Seth “Achilios” King, who both bring a substantial amount of casting experience in Korean League of Legends. The new faces of OGN will be splitting time with the SPOTV team, who have purchased partial broadcasting rights from Riot for LCK games. While in the past, both OGN and SPOTV simultaneously broadcasted games, the extreme discrepancy in their viewership (SPOTV never even coming close to OGN) likely led Riot to make the decision of splitting the broadcasting rights altogether, rather than sharing every single game.

Greener Pastures for Monte and DoA

Ongamenet entered into Blizzard’s Overwatch world earlier this year, bringing this casting duo on board, especially in light of the fact that they were not casting the 2016 League of Legends World Championships.

In addition to a feud between Riot and MonteCristo regarding his ex-LCS team, Renegades, Monte has personally stated that in 2 weeks, Blizzard paid what Riot would in 5 weeks. MonteCristo and DoA will be casting the next season of Apex on OGN (their Overwatch League), featuring a mix of Korean, North American, and European talent.

However, for diehard League of Legends fans, this comes as a blow, not only to the most exciting iteration of LCK to come (courtesy of the mass reverse-exodus), but also for the esport as a whole. Many up-and-coming casters have looked to this casting duo as the talent leaders within the industry. This departure has likely been a long time in the works, given the strained tensions between League of Legends and Monte.

Let’s give one last farewell to the men who brought us everything from the most memorable League of Legends outplay of all time, to a completely ridiculous “WTF 2 Shens” cosplay. 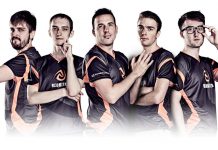