Week 5 marks the entrance to the second half of the 2016 Spring Split. This is a rematch of a Week 2 fixture that lasted thirty-four and a half minutes. Each team was 7-1 heading into Week 5, and H2K was the only team to beat G2 this Split. H2K’s only loss came from the defending Champions, Fnatic, who were unable to stop G2 when given the chance. That’s how balanced things were coming into this one.

G2’s only loss came as a result of a sloppy pick and ban phase. First-picking Lulu was a big mistake for G2. Yes, Lulu is a flex pick, but in this meta it’s commonly used as a solo lane mage because without the proper economy to produce large AP items Lulu cannot bring adequate waveclear. H2K is left to assume that Lulu is going to top or mid to strongly enable a coming Marksman pick; because Kalista (the highest win-rate AD carry at the time) was banned, H2K is smart to take Lucian away leaving G2 with limited options. They have to choose a waveclear Marksman that doesn’t fully synergize with the Lulu, or face pressure of being sieged upon endlessly. To really get something out of the Lulu first-pick, it should get flexed all the way down to Support. That way both solo laners have a chance at picking into a favorable match-up. G2’s final round of the Champion Selection was the worst. 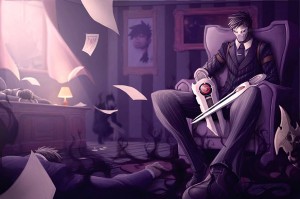 Zed has limited kill pressure against Lissandra throughout the entire match; it continues to diminish as the game goes on and Lissandra has Zhonya’s Hourglass completed to combo with the Ice Tomb. All of this considered, it was foolish for PerkZ to have Zed locked in when Lissandra was already locked in for H2K. Even assuming H2K was planning to flex the Lissandra to the top lane for Odoamne, Zed’s kill potential could still get thwarted by something like Zilean. Picking Zed was the furthest thing from a safe choice, and it backfired for G2 when H2K completed their team composition by adding Shen. 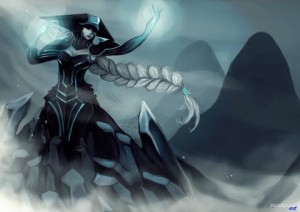 G2 faced a composition disadvantage against H2K, and the bottom laners didn’t do much to help to situation. Twice, the bottom lane was caught out of position and the advantages that Trick was creating by stacking early Dragon kills. At 10:20 Hybrid (Braum) is Headbutt + Pulverized by Vander (Alistar) which Ryu (Lissandra) chained into Frozen Tomb alongside a full combo from Jankos (Graves) to secure First Blood. Then at 14:00 Emperor of G2 makes a silly mistake, Arcane Shifting forward into tower range for Ryu to chain his crowd control and gets finished by Jankos from range. Worst part of it all, Emperor missed half of the combo he went in for and it all could have been avoided. The full match highlights to the Week 2 match are right below. 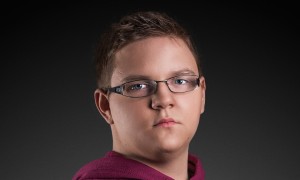 The first 10 minutes of the this game went as usual because Trick made his way into the opposing jungle to see what he could get. He wasn’t the match-winner on Day 2, but without his efforts G2 would have struggled a little more to play to their win condition: follow the impenetrable Malphite. Kikis finished 9/1/9 including an Unstoppable run of 6 kills. Fitting for a Malphite, isn’t it?

G2 play-maker, Trick, was at the center of the action throughout the early-game. Which basically played out like this: Trick gives H2K a sizeable early advantage (given Corki’s powerspike) and a close game slowly inched toward an H2K victory until some sketchy play around the Baron pit occurred at 30:15. 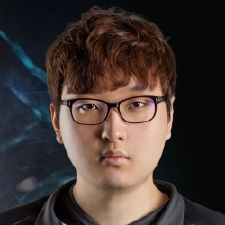 6:20 Trick invades Jankos and Selfie saves him for First Blood. Jankos just barely survived, but overall this was a greedy attempt from Trick. Not uncommon. This was greedy in a bad situation because Corki is a terror on Patch 6.2 (competitive play is slightly behind the live playing servers until Week 6 presumably). This play wasn’t worth the risk of setting Corki up to force siege opportunities with the triple marksman composition H2K built picking Quinn, Corki, and Caitlyn. Fail.

7:10 Trick goes with the backup plan of setting up their counter to H2K’s carry theme, Kikis’s Malphite. Odoamne was caught pushing his lane without vision and died to Trick, nearly converting a kill of his own by perfectly timing a Vault to disrupt Trick’s Pounce. Quinn is at a disadvantage to Malphite as the game drags on, but Odoamne had a 17 CS lead on Kikis prior to this death. Success.

Trick is undoubtedly my favorite player to watch at the moment because he’s always gunning for an advantage and putting pressure on the opposition. He’s a rookie that appears to have a very bright future. My Fantasy team has never struggled on his behalf. At this point, Trick is developing a reputation for early-game pressure and that only helps him moving forward. Throughout the second half of the Spring Split, Trick will be able to mind-game his opponents because they well begin expecting his arrival every game. It’s risky to allow a play-maker like Trick to play Nidalee because her combination of high damage and mobility gives Trick a near-perfect Champion to play his to his personal style.

G2 mid laner and Trick’s partner in crime, PerkZ, struggled in this match which allowed the spotlight to settle on G2’s AD carry, Emperor. Any kill pressure that PerkZ could find in that match-up was given away with the First Blood. Perhaps this would not have been the case if Trick’s opening invade went as planned. Emperor has been a target for many analysts as they search for a weakness in this G2 team that entered Week 5 at the top of the standings. 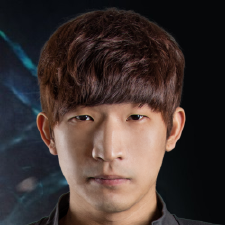 At 30:25 Emperor (Ezreal) steals Baron with Mystic Shot, and G2 proceeds to ace H2K trading Emperor for 5 kills, 2 mid lane turrets, the middle inhibitor, and 1 Nexus turret. Jankos didn’t have a Smite prepared for the Baron kill, as it refreshed for him about 3 seconds after Baron Nashor had already fallen. Down by 3.1k before the Baron steal, G2 came out ahead by 3.5k following their mid lane siege. Malphite is very difficult for a triple marksman composition to deal with because his mid-game damage is tremendous. This is especially true when none of the three marksmen build a Last Whisper.

None of the H2K marksmen decided to itemize against the fed Malphite. What’s up with that?

I’d like to hear from you guys! Let me know your thoughts on why this rematch ended the way it did. You can reach me on Twitter if you tweet @SheenSah. I reply to everything I get.

Happy LCS, and enjoy the highlights from Week 5. 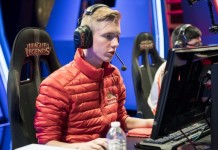 EU LCS W4D2 Preview: Do Not Miss These Games