Dota 2 Eugene Torubalko -
-24
Dota 2 Beginner Heroes - Learn to Be the Best In case you are just starting your journey...
CLG Red and Team Karma battled it out at IEM Katowice

Back in February of 2015, female CS:GO player, Juliano gave this interview sending some mixed messages about gender segregated leagues for Counter-Strike. Since, she’s been one of the biggest faces for female esports as a whole. A slew of interviews and public statements have followed, each more unproductive than the last. What they have done though, is spark debate, especially on social media sites like reddit and Facebook, where polarizing opinions have emerged. I’m here to argue one thing – that as it currently stands, we need female only leagues for esports.

In principle, I hate the idea of gender segregation. I just want to see everyone competing with each other, having a good time.

But this isn’t about principles. When I think about this topic, I see the issue as not enough women in esports. I hold the normative opinion that we should be looking to achieve gender equality among gamers. It’s one of the few popular competitive platforms where accessibility is high, and physical differences between men and women don’t make a huge difference, if at all. Further, if you want to increase growth, why would you completely ignore half of the world?

Since everyone loves lists of three, I have condensed my argument into these points: role modelling, opportunity, and profitability.

As social beings, we look up to people to guide our own patterns of behavior. I grew up idolizing Steve Nash, as a Canadian basketball player. These days, I’m sure guys like Bjergsen are inspiring tons of people to enter esports, because his story is relatable. Many people have been bullied, and many have found an outlet in video games. His meme-loving, yet somewhat reserved personality definitely attracts tons of younger viewers who are looking for someone to model themselves after.

But females in esports are scarce. As a girl growing up, who would you model yourself after in the esports world? Sure, you can appreciate a player for their skill alone, but it’s much harder to identify with someone who doesn’t physically resemble you, and likely has a drastically different life experience on the basis of gender (and I use the term loosely), alone.

Strong female role models in esports will encourage girls to actually embrace esports as a passion. I’m not talking about League of Hunnies-type garbage. I’m hoping we’ll see more women pave the way for other chicks who click.

Whether you want to admit it or not, it’s incredibly, incredibly likely that girls are generally less exposed to video games than boys from a young age. We see this problem in the STEM field, and I’m nearly positive it’s being replicated in esports. The social habits of parenting by gender, and accommodating their children based on people’s own experiences with playing probably leads women away from esports as a career, or even a hobby.

So while you might think, “Hey, it’s not physically demanding, and not super expensive. Girls have the same opportunities as guys,” in reality, the social barriers that are in place from birth make it much more improbable for a woman to be a successful e-athlete.

“I don’t think we should separate genders, but the way things are now you have to”

Replies like this don’t help. If the goal is to increase the presence of women in esports, stating discouraging facts in a condescending manner does nothing to encourage women to play more. Actually, as a whole, this ridiculous display of non-sportsmanship is pretty disgusting throughout all of esports. It’s just disrespectful, and completely unproductive.

Lastly, the mere feasibility and marketability of women in esports makes it a ‘go’ for me. Unlike the WNBA, which struggles with viewership and interest even after decades of dedicated affirmative action and equity policy surrounding it, women have an established audience in esports. Some of the most marketable streamers are women. Regardless of reasons, people have an interest in watching women compete in esports.

As a result, these women-only leagues don’t become a burden on the ‘main’ or ‘open’ leagues. Instead, they supplement existing revenues and grow esports as a whole. Even if you disagree in principle, and even with the normative arguments, taking a net-zero lens to this issue proves that female leagues, as it currently stands, are a good thing.

Of course, my aim is to have a level of gender equality where it’s not a huge issue to see mixed teams at the highest level of esports. But rather than debating how we should go about it, why don’t we just accelerate the process by looking at the base of evidence created in other fields of policy and skip all this stupidity.

This is one of the few chances that we get to compete on (close to) even ground. If we blow it here, hope for social progress in mankind is lost.

Previous articleLoot Probability in Games: Should It Be Disclosed?
Next articleHappy Holidays from Esports Edition 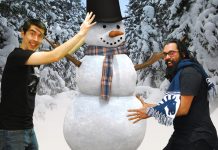