A month ago HyperX were kind enough to provide us with the newest model of their Cloud line, the HyperX Cloud Stinger Wireless. Over the past month I’ve been using it non-stop. I’ve used a fair number of headsets in the past, and this is one of my favorites, albeit with a few notable issues. If you’re interested in this headset, I highly suggest you read on to see the pros and cons of the HyperX Cloud Stinger Wireless.

As I said, I’ve used quite a few headsets in the past. In fact, I’ve used four different headsets this year. When I put on the HyperX Cloud Stinger Wireless, I immediately noticed an improvement in quality over any of the other headsets I have worn in the past.

The other headsets I’ve been using have all been recent releases, so I was surprised at the quality increase between them and the HyperX Cloud Stinger Wireless. One thing I noticed was that it has a nice volume wheel. This isn’t something particularly unique to this headset, but the range on the volume wheel is a bit higher than what I’m used to, which was a nice bonus.

The feel is another huge upside to the HyperX Cloud Stinger Wireless. One of the things I’ve struggled with when it comes to headsets is the feel. I have very tiny ears. Don’t judge me, but as a byproduct, heavy headsets and ones that lay awkwardly around my ears are extremely uncomfortable, especially since I often wear my headsets for over twelve hours a day.

I had none of these problems with the Cloud Stinger. It is very lightweight despite its quality, and the ear cups are extremely comfortable and light. In fact, I often forget about the headset while I’m wearing it. This is a huge benefit for me, and one of the major reasons I would recommend buying this headset. If you’re like me and tear your headset off at the end of the day and rub your sore ears, look into a HyperX Cloud Stinger Wireless. In the month I’ve been using it (with up to 16 hour days), I haven’t had sore ears once.

The mic is also extremely adjustable, position-wise. My previous headset had a mic that was not adjustable at all, and it ended up in front of my nose in its natural resting spot. This led to people hearing my breathing, which was unpleasant for them, and annoying for me while trying to avoid it. But with this mic, you can easily adjust it to fit your needs.

There isn’t a ton to say for the bad category. The power button takes a while to actually turn the headset on, and turns off rather quickly if you’re not using it (after about 15 minutes). I haven’t looked into whether this is customizable or not, but it’s a very mild annoyance when it happens while I’m still wearing it. The USB charging port is also quite far into the headset, making it a bit stiff to get in and out before you’re used to it.

I know I labelled this category as “the bad,” but honestly, these are all mild inconveniences. However, there are two glaring “ugly” parts of this headset. 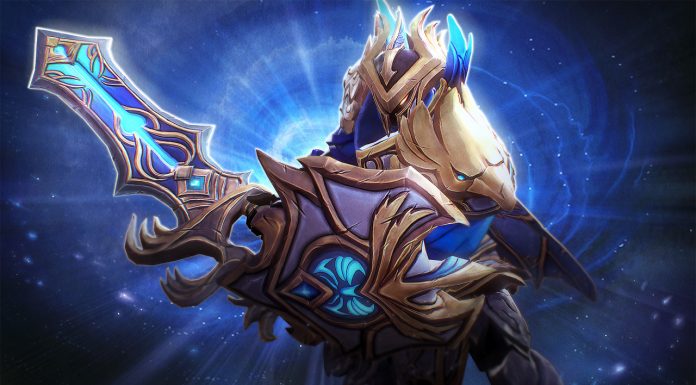 I do love this headset, but there are two things that made me unsure if I’d be able to make it my main headset or not. Spoiler: I did in the end. That said, these two issues were very surprising to run into in 2019, and I would be surprised if they were not fixed in future models.

First up, noise input filtering. As far as noise cancelling goes, the headphones themselves have mild noise cancelling which dulls outside noises, and it’s lovely. Somehow this type of technology did not make it into the mic. As I said before, I’ve used many other headsets this year. All of them had some level of input noise cancelling. This one does not, or if it does, it is far too low for me to notice.

This mic will pick up everything. You want to eat in call? Don’t worry, your coworkers will love hearing every single bite and lip smack! There’s a dog next door barking? Your gaming buddies can try to identify the breed! In fact, with the mild noise cancelling in the ears, people you’re talking to will be able to hear irritating background noises better than you will. This is a huge oversight for a new headset, and I would like to see this fixed in future models.

However, the most glaring and unforgivable issue that this headset has is a lack of a mute button. That’s right, a headset released in 2019 does not have a mute button on it. Not to say you cannot mute it; you can, by moving the mic arm up.

With some of my other headsets this was enough, as they had rigid arms that could swivel easily. We already discussed how lovely it is that this headset can have the mic arm position wherever you want it. It does this by being easily maneuverable. This means that grabbing it and quickly pushing it up is not easy.

For someone like me who sneezes a lot or wants to talk to people in real life occasionally, being forced to swing up the mic arm is a pain. This is the only headset I’ve seen in recent memory that hasn’t had a mute button, and adding one would make it better.

My two major gripes with the HyperX Cloud Stinger Wireless are issues that other headsets do not possess. That said, I’m still using it as my main headset over the competition.

No mute button and no noise filtering is a big deal, but having a comfortable headset with good quality and an adjustable arm is even more important. If you’re someone that loves quality or has issues with heavier, bulkier headsets, this is an incredible headset. I can easily wear it for 16 hours a day without ever feeling it, something I sorely lacked with every other headset I’ve tried.

The HyperX Cloud Stinger Wireless has converted me to wearing headsets for everything I do, not just communications. That’s saying a lot. There are definite downsides to it, but with the amount I use it and enjoy it, it’s impossible for me to not recommend the HyperX Cloud Stinger Wireless. By now you’ll know whether my gripes are things that would bother you. If they aren’t, I can’t recommend this headset enough!

Esports Edition was provided with a HyperX Cloud Stinger Wireless headset for review by the manufacturer. As with all of our game and hardware reviews, our opinions are our own, and this article truthfully and accurately reflects our experiences with the product. Please review our Ethics Policy for more information about our review process.