Hearthstone Eugene Torubalko -
-415
Hearthstone players stuck at ranks 5 to 10 sometimes cannot understand what exactly is going wrong. They refuse to accept their misplays...
While HE nades are also green, they are not to be confused with Ralph Nader.

Welcome back, dear readers. Earlier in the week we reviewed some advanced tactics for Counter-Terrorist eco rounds. In case you missed it–shame on you–one of the topics we covered was “nade stacking.” I’ll explain it again here, but thankfully, I’ve found some footage that does part of that job for me.

Pretty sick, right? If you’re not the kind of gamer who watches videos, I’ll recap:

While on an eco round, three members of Team Liquid purchased HE grenades, and assumed defensive positions on Cache’s A bombsite. FaZe Clan tries to bully their way out of A Main and onto the bombsite–a poor choice to make when playing against a team on eco, especially when the Terrorist side lacks any information about the CT setup. As three members FaZe Clan continue their blitzkrieg push onto the bombsite, their arrival is rudely interrupted by a set of three flying explosives thrown from the Liquid defense, leaving the overly eager FaZe clan players with a combined HP of just over 20.

Of course, Liquid lost this round–and, it’s worth noting just for the sake of it, failed to take down a single member of the FaZe Clan despite the massive damage sustained by their nade stack. 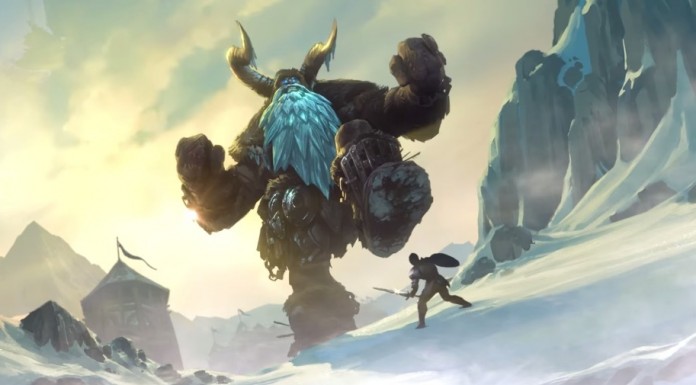 The simplest definition of a nade stack is this: when three or more teammates throw explosive grenades at roughly the same time towards a single chokepoint on a map.

But just because something doesn’t win you a round, as was the case for Liquid in the clip above, that doesn’t mean it’s a bad idea. The moral of the story? A successfully executed nade stack is capable of stopping a Terrorist push dead in its tracks. Even if the stack fails to provide any kills, the sheer amount of damage inflicted can leave your enemies standing shyly on Death’s doorstep, awkwardly holding a bouquet and trying to make sure their hands aren’t too sweaty.

“But Grenades Suck in CS:GO?”

Newer CS:GO players often complain about how useless the HE grenades are–it’s an understandable reaction, especially given that grenades do ludicrous amounts of damage in most other FPS titles.

See, HE grenades in CS:GO are like those stupid Exodia cards from Yu-Gi-Oh: pretty damn useless on their own, but if you’re able to bring several together, you’ve got a powerful beast at your disposal.

I’m going to make a quick pre-emptive note about this–grenades are notorious for being inconsistent in CS:GO. I’ll freely admit that this is true–because of the way that grenades interact with objects/clipbrushes in CS:GO, a grenade that might seem as though it should deal a substantial amount of damage might end up inflicting little more than a flesh wound. It’s frustrating, too–you’ll notice that even the most experienced casters fall victim to this, hyping up a grenade as it flies towards the target only to pause in disappoint as the HP bars fail to drop as dramatically as they anticipated. The maximum damage that a single HE grenade can do an armored enemy is 57, and that only happens when it lands directly at their feet or explodes directly on their face–if you’ve played the game for a bit, you’ll know just how uncommon it is to do more than 30 damage to your foe with a single nade.

For a while, there was a bug which allowed grenades to deal far more damage than intended by the developers–while this issue since been fixed, it’s one of several reasons why the CS:GO community is slightly distrustful of the HE grenade.

Nade Stacking on CT vs. T side

There are plenty of nade stacks that can be used on your Terrorist side, these often require a higher level of teamwork and coordination if you want them to be effective. Drop on Cobblestone is, of course, the obvious exception: grab a teammate at the start of the round, run towards Drop, toss a couple grenades in, and you’ve just ruined the day of any Counter-Terrorist who decided it would be a good idea to aggressively hold Drop at the start of the round.

But there’s a fundamental difference between Counter-Terrorist and Terrorist side nade stacks–on T side, coordinated nade stacks are far more common on buy rounds, when they even happen at all. This isn’t a strategical oversight, it’s simply due to the different ways in which the sides are played–utilizing a nade stack on the Terrorist side alerts the Counter-Terrorist team to the whereabouts of at least three members of the opposing team. With this information, assuming that it’s communicated and digested properly, it can allow the CTs to confidently make a push elsewhere on the map–and this, dear reader, is not what you want.

However, on the CT side, nade stacks are best utilized on eco rounds. By taking advantage of map timings, it’s easy to push towards a chokepoint with your mates, toss a set of nades into it, and fully expect at least one member of the opposing side to be on the receiving end of a truly unpleasant shrapnel explosion. There’s a risk vs. reward calculation at play here–it’s unwise to make the kind of commitment that an aggressive nade stack requires on your CT gun rounds.

Of course, you don’t always have to rush towards the enemy and throw your grenades at their faces. You are, after all, on the defensive side. Team Liquid‘s nade stack on Cache’s A site was an excellent example of a passive nade stack on an eco round–by assuming positions behind cover on the bombsite and waiting to toss their nades until FaZe made their intention to push abundantly clear, there’s less room for error. The effectiveness of a passive nade stack is determined by how well a team is able to relay information–for this reason, they’re best reserved for when you’re queuing with five friends or playing in a team environment.

Want more nade stacks? I do too. Let me know on Twitter which Active Duty maps you’d like to learn simple nade stack strats for, and I’ll cover them in my next article!